The G194X Addressable Attack Button Interface supercedes the GAN194A and is housed on a single gang front plate which
fits a standard ‘single gang’ electrical back box. The G194X is used to interface closing contact switches of any kind
(including wall mounted Panic Strips, mushroom headed panic buttons such as the GMP2 and desk mounted two finger
linear push switches) onto a Guardian Staff Attack Alarm system where push button activation is required in addition to the
infra red system.

The G194X can be configured to act as a master or slave unit to save addresses on larger systems.
NB – It is important that ALL of the first three switches are set to ON if the unit is NOT being configured as a SLAVE unit.

The address of each unit is set using the 8 way DIL switch on the reverse of the unit. In addition there are removable
jumpers use to enable/disable the Confidence LED and Tamper switch.

A four way DIL switch is used to configure the CALL type generated and to set the “SLAVE” address if the unit is configured
as a slave unit. Each Master Unit can accommodate up to 7 slave devices.

Address Switches – Used to set the address for each unit (between 1 & 215)
N.B. Each unit MUST have a UNIQUE address

+ & – terminals – Used to connect the receiver unit to the system network. (Observe Polarity)

LN Terminal – LOCAL Network terminal for connecting SLAVE units
NB – It is important that these LN Terminal is NOT connected to another G194X device or
devices if it is not being configured as a SLAVE unit.

Call Levels – Call
– Attack
– Tamper
Generated by the release of the tamper spring on the rear of the unit.
– Unit Failure
Generated when the connection from the G194X to the network is lost

Sensorium work together with these providers 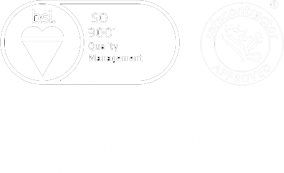